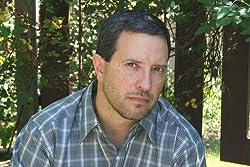 I grew up in a small town in Indiana, but instead of living on the wrong side of the tracks it was the wrong side of the river. I went right into the Army after graduation, and spent almost four years in the 25th Infantry Division as an Intelligence Analyst.
I came home to a factory job, a place where if you watched the workers walk through the doors in the morning you would understand the scenes from “Shaun of the Dead,” where he went through his daily routine without realizing that the people around him had become zombies. A few years of that inspired me to start taking college classes; my passion for reading and my obsession with history led me to become a high school social studies and English teacher.

I then discovered that what had been a hobby, studying history, was now a professional obligation that I embraced with almost fanatical enthusiasm. Eventually, I felt ready to pick up the pen and write, which led to “Tours.” What I learned about medieval warfare during my research for that novel contributed greatly to the fights and battles that take place in “Zombie Crusade.”

I have wanted to be an author since I read, “For Whom the Bell Tolls” by Ernest Hemmingway, whose philosophy has been summed up by one analyst as, “We owe the gods a death, but at least we can face the rendezvous like men!” One of my inspirations to actually sit down and start writing novels was John Eldridge’s book “Wild at Heart.” That book explores the hearts of men, arguing that deep inside our hearts we all long for a righteous battle to fight. You will find the philosophies of both of these men in everything I write, from historical fiction to stories of a zombie apocalypse.

My ultimate goal is to both entertain and educate. The primary message of every story I publish is that freedom is a good thing–something we should be willing to fight for with all of our hearts, minds, and blood. We humans constantly struggle against someone or something trying to take away our natural right to live free, and we also struggle with the responsibilities inherent in exercising that freedom. Whether it be an autocratic militant seeking our enslavement or ravenous zombies trying to eat us, these threats to the physical and spiritual autonomy of mankind are the inspiration for my novels.

Finally, like many of you, something in my soul believes that the modern way of life is ultimately unsustainable, and a horrific time of reckoning is looming on the horizon. I am a prepper, not even close to the best of them, but I am trying to prepare my family for an eventual collapse of our culture and society. I hope I am wrong, and that I will dotter around as an elderly man hearing, “I told you so” from every person I’ve ever warned to get ready. Still, an underlying theme in my stories is that people must always be ready to ultimately be responsible for their own safety and survival and not rely on any government agency.

I wish peace unto all of you, but as a Machiavellian, I also urge you to prepare for war!